The QuantiFluor® dsDNA System contains a fluorescent DNA-binding dye that is used to quantitate double-stranded DNA (dsDNA) without binding to contaminating single stranded DNA (ssDNA), RNA, or protein. This highly specific method is useful for quantifying small amounts of DNA with a detection limit of 50pg/ml, greatly out performing absorbance measurements at 260nm. Because of the simple assay design, the QuantiFluor® dsDNA System is easily formatted for 96-well plates or other higher throughput formats.

When using the high-concentration dsDNA curve as specified in the technical manual (TM346), results are linear between 100pg and 200ng of DNA per 200µl assay. The technical manual indicates a dye dilution of 1:200 for use with this range of DNA. In this article, we show that by changing the dilution of QuantiFluor® dsDNA Dye to 1:25, the linear range of dsDNA detection can be increased to approximately 2.5µg DNA/assay without losing linearity in lower ranges of dsDNA while maintaining reliable quantitation of DNA at much higher concentrations than previously possible. For example laboratories isolating DNA from large sample volumes where a sample input of precisely 2µl may be required, the use of a 1:25 dye dilution enables quantitation of up to 1.25µg/µl undiluted sample DNA (2.5µg DNA in assay).

The general protocol TM346 was modified to incorporate varied DNA concentrations, dye dilutions, and standard type as specified below.

In order to determine the linear range for various dye dilutions of QuantiFluor™ dsDNA dye, Human Genomic DNA was prepared in 1X TE Buffer for 0.25µg to 3.0µg in a final volume of 100µl. QuantiFluor® dsDNA dye was diluted 1:200, 1:100, 1:50, 1:30, 1:25, 1:20, 1:15, and 1:10 in 1X TE Buffer to a final volume of 100µl and mixed with DNA solutions for a final reaction volume of 200µl. Reactions were mixed on a plate shaker for 1 minute, covered from light and incubated at room temperature for 5 minutes and then analyzed with the Blue Fluorescence Optical Kit (490nmEx/510–570nmEm) on the GloMax®-Multi+ Microplate Reader in a 96-well plate. All reactions were performed in quadruplicate. Data were analyzed with Microsoft Excel to determine linearity, with r2 values above 0.99 considered to be highly linear. 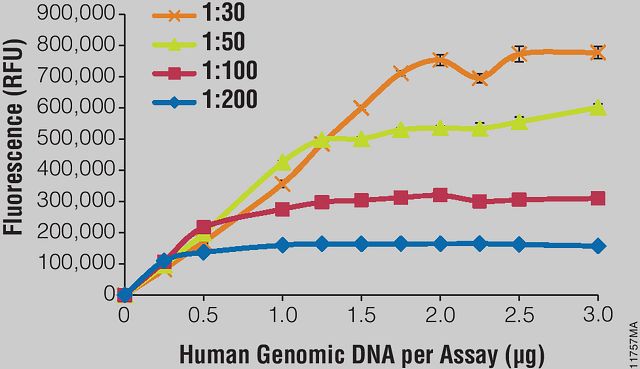 Figure 1. Varying the dilution of QuantiFluor® dsDNA dye allowed detection of higher amounts of DNA without loss in linearity.

All reactions were performed in quadruplicate. 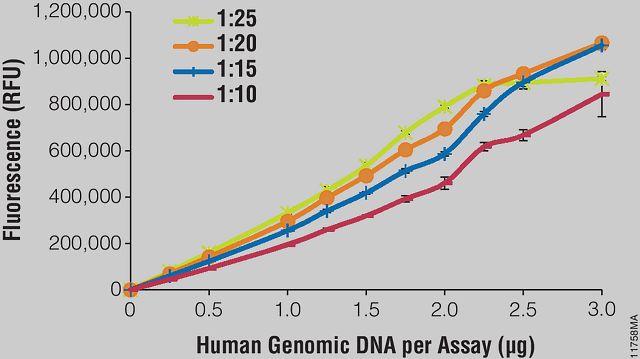 Figure 2. Varying the dilution of QuantiFluor® dsDNA dye allowed detection of higher amounts of DNA without loss in linearity.

All reactions were performed in quadruplicate.

We calculated r2 values for all dye dilutions (Table 1), and values greater than 0.99 were considered to be linear. The 1:25 dilution showed the greatest range and detected up to 2.5µg of DNA per assay without loss of linearity. 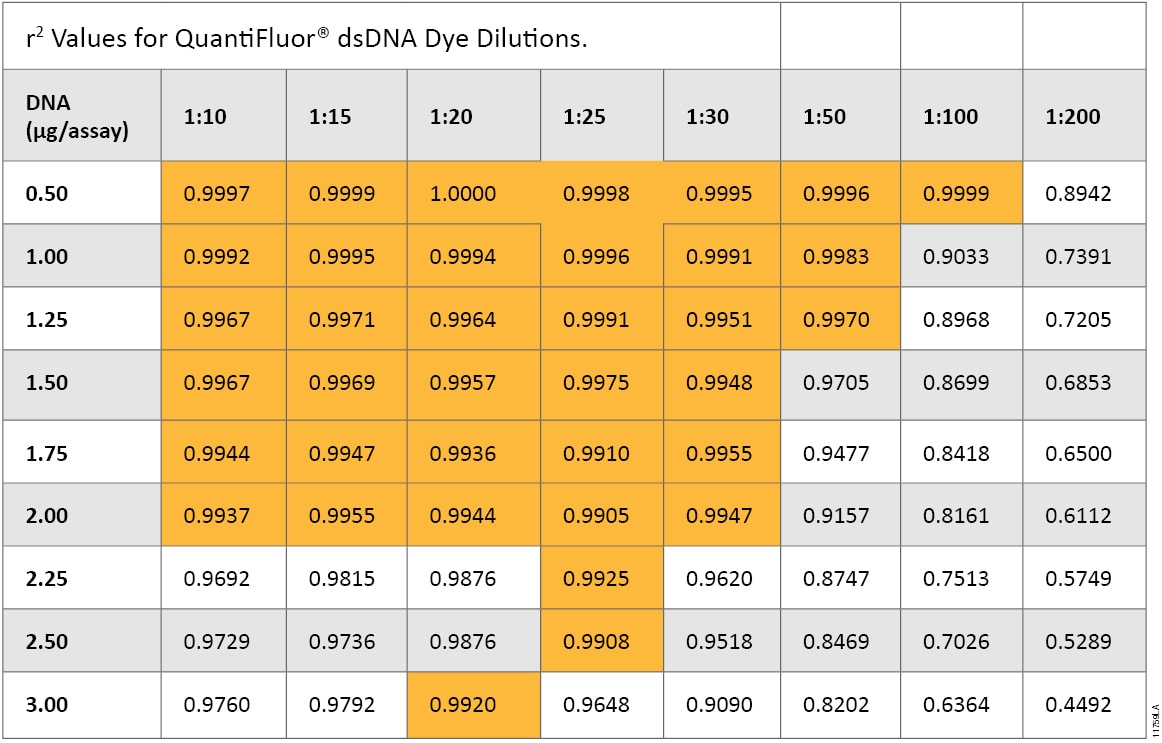 r2­ values were calculated to determine the linear ranges at which various dilutions of QuantiFluor® dsDNA dye could be used to accurately quantitate human genomic DNA. Values >0.99 were considered highly linear and are highlighted.

The QuantiFluor® dsDNA System was used to quantitate high concentrations of DNA by altering the dilution of QuantiFluor® dsDNA dye used. A dilution of 1:25 enabled accurate quantitation of up to 2.5µg of DNA per assay with linear results. Further concentrating the dye did not improve upon the linear range at concentrations beyond 2.0µg of DNA, and an increase in standard deviation and background fluorescence was observed for these samples.

Sensitive quantitation of dsDNA in solution.

Excel is a registered trademark of Microsoft Corporation.