Microsatellite Instability is the accumulation of insertion or deletion errors at microsatellite repeat sequences in cancerous cells as a result of a functional deficiency within one or more major DNA mismatch repair proteins (dMMR). Mononucleotide (homopolymer) repeat microsatellite sequences found throughout the genome are particularly sensitive to transcription errors. Thus, high frequency microsatellite instability (MSI-H) is considered a marker for the presence of mutations in, or methylation silencing of, certain major DNA MMR genes.

Historically MSI has been used to screen for Lynch Syndrome, a dominant hereditary cancer propensity. Recently, MSI status has been rediscovered as a biomarker for immunotherapeutic response, making MSI status an increasingly relevant tool in genetic- and immuno-oncology.

Learn the ways MSI status is used as a valuable biomarker for cancer risk and to inform treatment decisions. 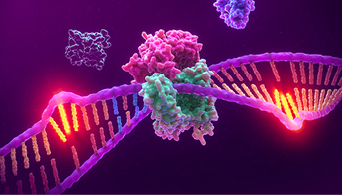 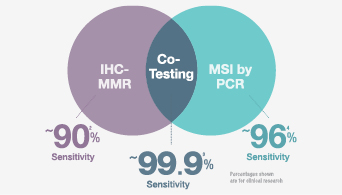 Learn more about the added benefits of testing using both MSI by PCR and dMMR by IHC. 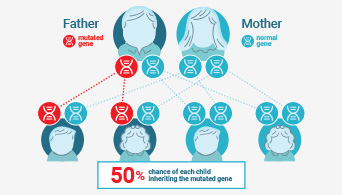 Learn more about the importance of determining Lynch status.