A common method for producing a protein of interest is by transforming E. coli cells with a plasmid and inducing protein expression. This recombinant protein typically has a tag added that will help purify it from the rest of the proteins found in E. coli. HaloTag®-mediated protein purification is based on covalent immobilization, which efficiently captures even low abundance fusion proteins. This covalent immobilization also makes extensive washing possible to remove contaminants. In fact, HaloTag® technology has been shown to enhance soluble protein expression in E. coli.

The HaloTag® Protein Purification System is based on the novel HaloTag® protein tag, which efficiently and specifically captures a HaloTag®-fused protein of interest through covalent immobilization. Purification using HaloTag® technology results in target proteins of high yield and purity, with no HaloTag® protein tag carryover. This is accomplished by covalent fusion protein capture and subsequent target protein release by TEV protease cleavage of an optimized TEV recognition sequence embedded in the HaloTag® Flexi® Vectors.

The protein of interest (POI) is fused to a HaloTag® protein, which binds covalently to HaloLink™ Resin. This covalent linkage allows stringent wash conditions yet leaves the POI attached to the resin. After washing, the POI is eluted by cleavage with TEV Protease.

Comparison of HaloTag to Other Protein Tagging Systems

In equilibrium-based affinity purification, the protein is constantly exchanged between two states, either bound or not bound to the affinity resin (e.g., GST to GSH resin and His•Tag® to Ni2+-charged solid supports). This can lead to issues such as reduced binding efficiency when the fusion protein expression is low and the loss of protein targets during extensive washing. Additionally, large fusion tags, such as GST and MBP, often need to be removed from the protein of interest, usually by specific protease cleavage followed by affinity removal of the free tags. This latter step can be problematic, as the tags themselves are hard to eliminate and thus become a contaminant in the final purified protein.

HaloTag® technology-based purification, because of its covalent protein capture, is well-suited to these common protein purification problems:

For the gel photo, firefly luciferase (ffLuc) was purified from 50ml of culture using 1ml of settled HaloLink™ Resin by batch/column combination method as described in Technical Manual #TM312. Purified protein was of high purity (>90%) as judged by SDS-PAGE analysis, and of high recovery as determined by comparing the Coomassie®-stained ffLuc band intensity in E2 to that in S-TEV. Active protein recovery was greater than 75% of the starting material (E2 compared to S-TEV), suggesting efficient capture of fusion protein and protein release by TEV Protease cleavage.

For proteins that may be difficult to express in bacterial cells or if post-translational processing of the protein is important for downstream applications, tagged proteins can be expressed in and isolated from mammalian cells. The HaloTag® Mammalian Protein Purification System purifies HaloTag® fusion proteins from mammalian cell culture lysates. HaloTag® fusion proteins form a highly specific covalent bond with HaloLink™ Resin, providing an excellent method for purifying recombinant proteins from cultured mammalian cells, even at low expression levels. The specificity and strength of the HaloTag®-ligand bond provide significant improvements in purity and functional protein yield over other common purification methods, such as FLAG® tag or His tagged protein purification, enabling: 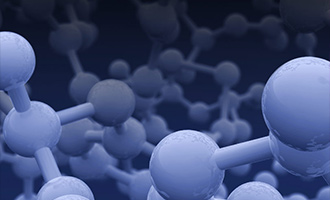 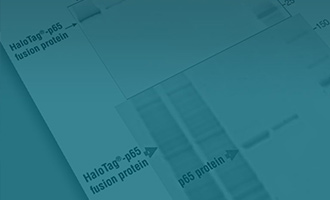 Affinity-based and covalent-based protein capture are compared in this PubHub article.