Life at the cellular level is governed by two opposing forces. Considerable research has been devoted to cell proliferation—the multiple, complex pathways through which a variety of factors stimulate cells to divide and differentiate. Comparatively less is known about apoptosis, which is one form of  “programmed cell death”—the suicidal process in which the cellular machinery is triggered to shut itself down.

When the delicate balance between these two forces is disrupted, the organism suffers from pathological consequences, such as cancer. Apoptosis can be induced by multiple external factors, ranging from serum withdrawal or DNA damage to the action of drugs and toxins.  In vivo, cellular changes associated with apoptosis include blebbing, cell shrinkage, condensation of chromatin and, finally, degradation of nuclear DNA. The apoptotic cell externalizes biomarkers, triggering clean-up by the immune system. Cells grown in laboratory culture undergo a similar process but, ultimately, membrane integrity is lost as the cell breaks itself down.

Apoptosis isn’t the only mechanism by which cells die. Necrosis, an energy-independent process, can appear similar to apoptosis using conventional histological techniques. All cell death processes overlap to some extent, but they can be distinguished by assays that rely on the identification of specific cellular features or biological molecules unique to each mechanism.


A New Approach to Apoptosis Assays

Initial attempts to study apoptosis focused on changes in the plasma membrane, particularly the phospholipid phosphatidylserine (PS). In healthy cells, PS molecules are actively positioned on the cytosolic surface (inside) of the plasma membrane. When a cell undergoes apoptosis,  enzymes collectively known as flippases and scramblases mediate a “flip” of PS to the outer (extracellular) side of the membrane, where they act as a signal for macrophages to engulf and destroy the apoptotic cell.

Many assay platforms for studying apoptosis are based on annexin V staining. Annexin V is a protein that binds specifically to PS. Historically, these assays have used fluorescently labeled recombinant annexin V protein, which binds to PS on the surface of cells undergoing apoptosis. In normal cells, no annexin v binding occurs, since the labeled annexin V is unable to pass through the plasma membrane. However, annexin V will also bind to PS in dead (necrotic) cells, since the integrity of the membrane is lost. Therefore, some assays use a secondary labeling method, such as the DNA stains propidium iodide or 7-amino-actinomycin D, to distinguish between apoptotic and necrotic cells. This “double labeling” procedure allows apoptotic and necrotic cells to be separated and quantified by methods such as flow cytometry. The disadvantages of such methods are that the DNA stains are toxic, and the protocols are labor-intensive, relying on the qualitative judgement of the researcher, and requiring expertise in set-up of data collection parameters and analysis.

Now, the kinetics of apoptosis and secondary necrosis can be monitored by repeatedly recording luminescence and fluorescence from the same cell samples

A new homogeneous assay provides a simpler way to monitor apoptosis and necrosis simultaneously in real time, using a luminogenic annexin V method in conjunction with a fluorescent dye method as an alternative to traditional annexin v staining. Using a microplate reader that records both luminescence and fluorescence, the RealTime-Glo™ Annexin V Apoptosis and Necrosis Assay monitors the kinetics of apoptosis and secondary necrosis by repeatedly recording luminescence and fluorescence from the same cell sample.

Niles explains that the “add-mix-measure” format is possible because the luminescent signal only occurs when the binary annexin-NanoBiT proteins bind productively to PS. The annexin-luciferase subunit pairs have only modest affinity for each other and, therefore, luminescence remains low in the presence of viable cells. When annexin V fusion proteins bind to PS molecules exposed as close-knit rafts on the surface of apoptotic cells, the fusion pairs are brought into close proximity. Under these conditions, luciferase subunits reconstitute to form an active luciferase enzyme, generating luminescence. The assay uses a novel, time-released luciferase substrate that enables monitoring both the kinetics and magnitude of PS exposure events.

Since the reagent is added directly to cells in culture, the assay “delivers all of the basic functionality of traditional annexin reagents but can be conducted in microplate formats without onerous washing or processing steps,” according to Niles. Thus, the assay can be scaled into high-density plate formats for high-throughput screening (HTS) experiments—a significant advantage compared to standard flow cytometry applications. Further, because the reagent is non-lytic, the cells remain intact for downstream analysis, such as with cell viability assays or caspase 3/7 assays.

Trastuzumab emtansine is an FDA-approved antibody-drug conjugate (ADC) that is used clinically to combat breast cancer. The monoclonal antibody targeting moiety (trastuzumab)  binds to the human epidermal growth factor 2 (HER2) receptor that is overexpressed in susceptible tumor cells, allowing the toxic payload (emtansine) to enter the cells and destroy them. The data below show how RealTime-Glo™ Annexin V Apoptosis and Necrosis Assay was used to detect dose- and time-dependent apoptosis and secondary necrosis in a model system using SKBR3 HER2+ cells treated with trastuzumab emtansine, compared to an untreated control. The assay provided sensitive detection of apoptosis and necrosis in real time over a period of 52 hours after administration of the drug (Figure 1).

Figure 1. RealTime-Glo™ Annexin V Apoptosis and Necrosis Assay detection of apoptosis and secondary necrosis in antibody-drug conjugate (trastuzumab emtansine) treated SKBR3 HER2+ cells (10,000/well in 96-well plate). The plate was incubated in a plate reader with atmospheric control and luminescence from PtdSer;AnxV binding (Panel A) and fluorescence from DNA staining of necrotic cells (Panel B) were recorded at the indicated times.

Tumor necrosis factor alpha (TNF-α) has been used extensively in model systems to induce apoptosis in cultured cell lines. Although TNF-α activates a varied selection of signaling pathways in different cell types, of particular interest is an alternative cell death pathway leading ultimately to “necroptosis”—a form of programmed cell death that is physiologically distinct from apoptosis. Necroptosis is characteristically observed in response to some diseases, particularly those related to inflammation. The RealTime-Glo™ Annexin V Apoptosis and Necrosis Assay provided a useful method to discriminate between the two types of cell death mechanisms—apoptosis and necroptosis—in U937 cells treated with TNF-α or TNF-α with a caspase inhibitor (Figure 2). Inclusion of a necroptosis inhibitor (necrostatin-1) demonstrates the reversibility of the necroptosis phenotype and provides confirmation of mechanism of action (Figure 2, Panel B).

Figure 2. RealTime-Glo™ Annexin V Apoptosis and Necrosis Assay provides a useful method to discriminate between the two types of cell death mechanisms—apoptosis and necroptosis. U937 cells (10,000/well) were exposed to 25ng/ml TNFα to produce an apoptotic phenotype (Panel A); 25ng/ml TNFα + 10µM Z-VAD-FMK to initiate a necroptotic response (Panel B, top 2 lines); and 25ng/ml TNFα + 10µM Z-VAD-FMK + 10 µM necrostatin-1 to block both the apoptotic and necroptotic pathways (Panel B, bottom 2 lines). The RealTime-Glo™ Annexin V Apoptosis and Necrosis Assay reagent was added at the time of treatment and luminescence (blue) and fluorescence (green) recorded every 0.5 hour over a 20-hour time course.

The RealTime-Glo™ Annexin V Apoptosis and Necrosis Assay provides a sensitive method to study the kinetics of apoptosis and secondary necrosis in real time using a multimode plate reader. The homogeneous "no wash" assay can be used to monitor the cellular response to novel biological and chemical agents of unknown potency or mechanism of action. The data collected using the assay can distinguish between different cell death mechanisms by kinetically differentiating the link between PS exposure and loss of membrane integrity.

Acknowledgements:  We thank Promega scientists Andrew Niles and Kevin Kupcho for their contribution of data to this article, and for their review and commentary. 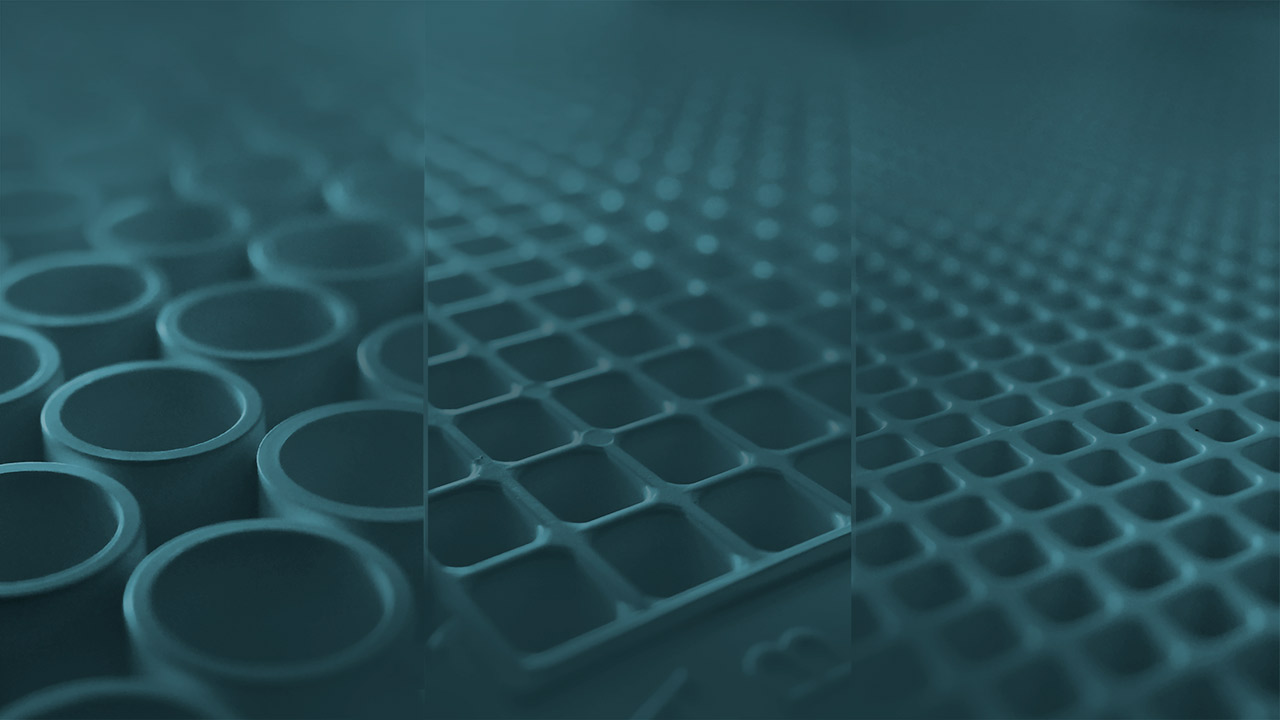 Learn more about the advantages of real-time methods for drug discovery screening in this article. 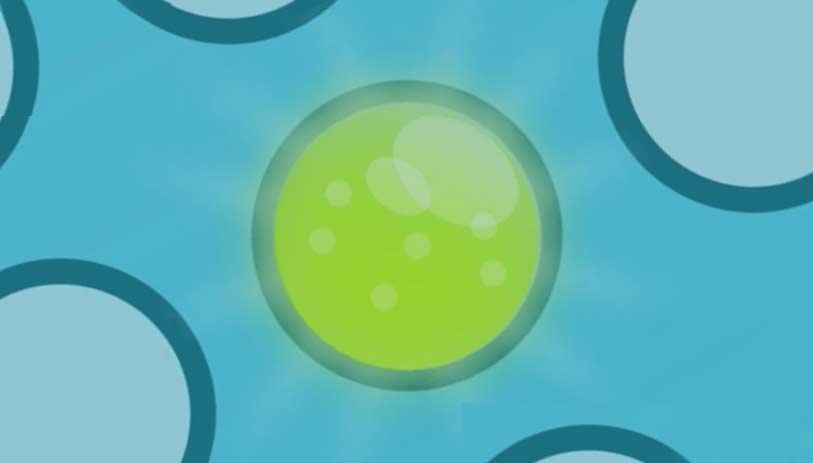 This webinar covers common questions on the basics of cell health assays. 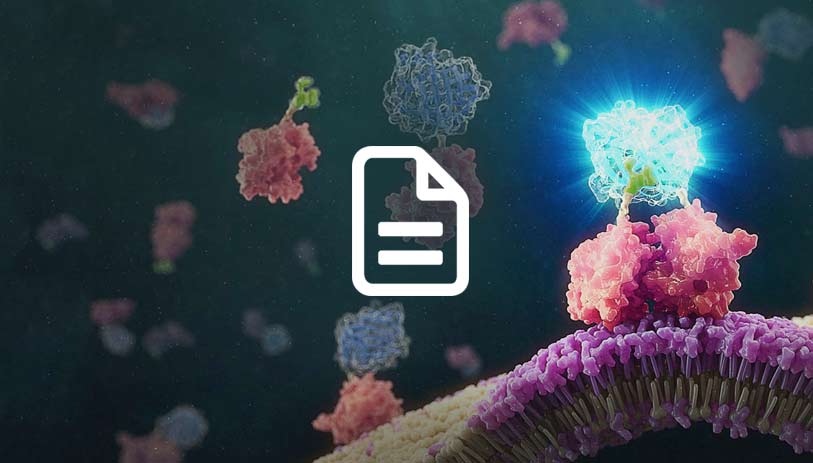 Take a closer look at the RealTime-Glo™ apoptosis detection method by reviewing the protocol details.