KRAS and Cancer
KRAS is a protein that serves as a “master switch” for regulating cell proliferation. It is the most commonly mutated protein in cancer. KRAS was long considered to be “undruggable” until 2013 when the Shokat lab identified covalent drugs targeting KRAS(G12C), a common mutant in which a glycine amino acid is changed to a cysteine. That discovery led to increased drug discovery research, and eventually the first inhibitors targeting KRAS(G12C).

Unfortunately, other mutants of KRAS presented different challenges. All of the known inhibitors of KRAS(G12C) relied on an inactive state of the protein that other mutants do not frequently exhibit. The G12C mutation also provided the opportunity to employ covalent drug discovery methods that would not apply to other hotspot mutants. For those reasons, alleles such as KRAS(G12D) and KRAS(G12V) continued to be considered undruggable.

Targeting Hotspot Mutants for Drug Discovery
The research published today in Nature Chemical Biology utilized a Bioluminescence Resonance Energy Transfer (BRET) assay to quantify target engagement of RAS complexes in live cells. They found that the switch-II pocket of KRAS was a privileged drug binding site for non-covalent ligands, and that this was not dependent on the activation state of KRAS. These results open new opportunities for targeting non-G12C mutants of KRAS in drug discovery.

“We’ve shown that some of these highly aggressive mutants are indeed vulnerable to small molecule inhibitors,” says Matt Robers, Senior Research Scientist at Promega. “With our new target engagement method, we can measure binding within living cells and show that the binding we see at these hotspot mutants actually translates into anti-proliferative effects in the pancreatic cancer lineages.”

In addition to the BRET methods for measuring target engagement, the paper also describes nuclear magnetic resonance (NMR) spectroscopy methods for observing reversible ligand binding in vitro and determining the state of the KRAS protein. The authors hope that the methods they describe will be a valuable tool for researchers to develop treatments for some of the most aggressive KRAS mutants previously thought to be “undruggable.”

Promega Corporation is a leader in providing innovative solutions and technical support to the life sciences industry. The company’s portfolio of over 4,000 products support a range of life science work across areas such as cell biology; DNA, RNA and protein analysis; drug development; human identification and molecular diagnostics. For over 40 years these tools and technologies have grown in their application and are used today by scientists and technicians in labs for academic and government research, forensics, pharmaceuticals, clinical diagnostics and agricultural and environmental testing. Promega is headquartered in Madison, WI, USA with branches in 16 countries and over 50 global distributors. 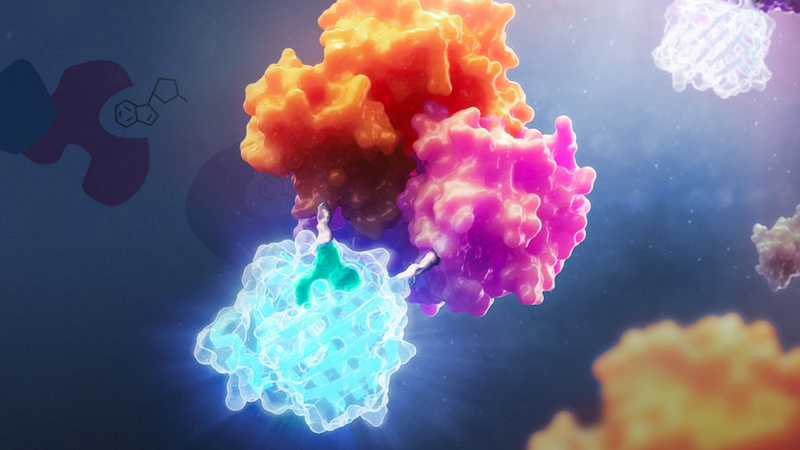 Promega offers a comprehensive selection of tools to accelerate RAS pathway drug discovery based on a sensitive bioluminescence platform.