MSI is an Important Pan-Cancer Biomarker

Detecting microsatellite instability (MSI), the accumulation of insertion or deletion errors in repetitive sequences of DNA known as microsatellites, has become critical to clinical treatment of cancer patients—particularly those with advanced disease. MSI testing has been used for nearly two decades in colorectal cancer for screening patients that may benefit from additional genetic testing for the diagnosis of a hereditary cancer predisposition, known as Lynch syndrome.1 Inherited mutations in genes that control the function of the DNA mismatch repair system (namely MLH1, MSH2, MSH6, PMS2, or EPCAM) may lead to microsatellite instability (MSI-H) when this machinery fails to correct errors in DNA that occur during replication.2 This accumulation of errors may then lead to the development of certain cancers and the resulting MSI-H tumor phenotype.3

MSI-H status can be a positive predictor of response to certain immunotherapeutic agents in advanced cancer patients with MSI-H solid tumors.4 In 2017, the United States Food & Drug Administration (FDA) approved the first tumor-agnostic cancer therapeutic, pembrolizumab, for any advanced solid tumor that demonstrated the MSI-H phenotype or mismatch repair deficiency (dMMR).5 Since then, additional approvals for similar agents have followed from regulatory bodies in the United States, Europe, and Japan.6-10 The clinical utility of MSI status as an aid for determining treatment decisions has led to the renewed interest in MSI testing methodologies and driven research into new microsatellite markers and detection techniques.

However, it is important to recognize that access to care and representation in molecular studies may influence racial disparities in MSI testing.11 These factors may also contribute to disproportionate outcomes for racially diverse cancer patient populations, as MSI is an important biomarker for treatment selection and MSI frequency in colorectal cancers has been found to occur at a similar rate among African American, Hispanic, and Caucasian patients.4,12 Understanding the limitations of MSI assays across racial populations may be essential for determining therapeutic options for racially and ethnically diverse patient populations.

People inherit two alleles for each gene, one from each parent. If both alleles are the same, the individual is homozygous for that gene. However, if the alleles are different then they are heterozygous for that gene (see Figure 1). Allelic variations can lead to differences in size or length of repetitive sequence regions, like microsatellites. A microsatellite region is polymorphic if more than 1% of the population display heterozygosity for the number of repeat units that occur at that region. Certain populations can have multiple alleles, which leads to high variation in microsatellite regions between individuals. This may also result in a high level of heterozygosity, as everyone inherits two copies of an allele. These polymorphic regions are highly informative for applications such as forensic identification and ancestral mapping, however, they present interpretive challenges for assessing marker instability during MSI analysis.

Figure 1. A high-level overview of genetic inheritance. A Punnett square (A) and illustration of parental alleles (B) demonstrate all possible allele combinations, with AA and aa indicating homozygosity of that gene, and Aa indicating heterozygosity, respectively.

A microsatellite region is considered monomorphic when all individuals in a population share the same number of repeat units. For example, the BAT-26 marker consists of 26 adenines in most Caucasians, however, natural allelic variations in the size of BAT-26 have been identified in African American and Brazilian samples.13,14 For this reason, many of the commonly used markers for MSI analysis are termed “quasi-monomorphic” as germline polymorphisms may exist in rare, diverse populations.

The clinical performance of MSI assays across various races and ethnicities is highly dependent on the characterization of each marker included in a specific panel. For example, BAT-25 and BAT-26 have few variant alleles in Caucasians, and NR-21, MONO-27, and NR-24 are also known to have few variant alleles in Caucasians and Asians.15,16 A large multi-population study performed in 2006 determined that the quasi-monomorphic nature of common alleles for the mononucleotide markers (NR-21, NR-24, NR-27, BAT-25 and BAT-26) are mostly conserved among populations worldwide, with 87.5% of samples representing 55 diverse worldwide populations showing no alleles of variant size.17 The study did find rare variant alleles within BAT-25 and BAT-26 in Sub-Saharan Africans, BAT-26 in Biaka Pygmies, BAT- 25 in the San people, and NR-21 in Oceanians, South Africans, Central/South Asians and two Chinese minorities from East Asia.17 However, the overall percentage of variant alleles for each marker across all populations was minimal: 2.6% for NR-21, 0.1% for NR-24, 2.6% for NR-27, 1.7% for BAT-25, and 1.2% for BAT-26. Heterozygosity of any one individual at multiple markers was also rare, with 2.2% and 0.2% of the multiethnic samples showing variant alleles at two or three markers, respectively.

Certain populations can have multiple alleles, which leads to high variation in microsatellite regions between individuals.

Together, these data suggested that additional markers may be needed for sensitive detection of MSI in certain genetically diverse populations. Currently a panel of five mononucleotide markers (BAT-25, BAT-26, NR-21, NR-24 and MONO-27) are used to detect MSI in tumors that lack a matched normal sample because the marker lengths have been shown to be similar across Asian, Caucasian and African American populations. Yet, this approach is applied in clinical practice in populations of similar genetic lineage where the common allelic sizes have been well-established within the population and a quasi-monomorphic variation range (QMVR), or distribution of allelic sizes, of each marker can be determined.8,18,19 In the same global population study, the QMVR ranges were established to be 146– 151bp for BAT-25, 176–182bp for BAT-26, 105–110bp for NR-21, 124–128bp for NR-24, and 86–89bp for NR-27. Alternative QMVR ranges have been established based on population-specific allelic frequency determinations for these markers.20,21 Nevertheless, a thorough analysis of the common allelic sizes make determining MSI-H status in the absence of normal tissue less likely to produce false positive results than when performed in the absence of normal tissue in populations with greater genetic diversity. The quasimonomorphic nature of these mononucleotide markers (BAT-25, BAT-26, NR-21, NR-24, and MONO-27/NR- 27) across various racially and ethnically diverse groups has led to its adoption as the gold standard panel for MSI testing.16

Other well-characterized markers have substantial polymorphisms in allele size and a high incidence of heterozygosity. These include BAT-40 as well as the dinucleotide markers (D2S123, D5S346 and D17S250) used in the NCI/Bethesda panel.22,23 In a study with a Chinese population, the dinucleotide markers demonstrated heterozygosity rates of 80.8%, 57.7% and 74.1%, respectively.23 Such polymorphic regions necessitate the use of matched normal sample when interrogating tumor DNA for MSI to differentiate cases of heterozygous allele inheritance from true MSI within the tumor DNA. In the absence of a normal tissue comparison, MSI status may be misinterpreted as MSI-H in non-Caucasian patients due to polymorphisms in those markers.17 Therefore, additional markers are sometimes needed to clarify the MSI status of tumors showing deletions of borderline length.24

Ideal microsatellite markers for the detection of MSI have the following characteristics:

While precision medicine initiatives aim to offer individualized care to patients, minority populations have been historically underrepresented in the clinical research and genomic testing studies that are used to inform biomarker discovery, pathological variant identification, and molecular diagnostic assay development. Indeed, the original human reference genome contained contributions from a limited number of individuals who were predominantly of European ancestry. As a result, this genome may not include or reflect the complete spectrum of human genomic variation.30

Some alternative molecular assays, such as next-generation sequencing (NGS), use short mononucleotide repeats to detect MSI and do not require a matched normal sample to be submitted for comparison.25,26 MSI status is determined by either comparing results to a reference genome, or algorithmically based on comparative performance that is benchmarked to MSI by PCR analysis. In large comprehensive profiling panels, MSI is often determined using homopolymer repeats present in the genes being interrogated. However, these markers may not be ideal for detecting MSI, and polymorphisms in these regions may interfere with accurate MSI determination. Indeed, research has found that either comparing tumor samples to a matched normal sample or estimating the tumor purity percent can significantly improve the accuracy of NGS tests when benchmarked to MSI by PCR.27 Lack of sensitivity for these assays is also thought to be associated with the use of reference genomes, which may not be representative across different racial backgrounds, as well as the use of microsatellite markers with unknown allele length distributions across populations.

The potential for misclassifying variants due to polymorphisms in these regions is of significant concern, as highlighted in a recent study in African American samples.28 In this study, a comprehensive NGS assay was able to improve specificity of MSI calling from 0% to 100% by addressing racial bias and refining the microsatellite markers used to establish MSI status in this population. In contrast, the quasimonomorphic markers (BAT-25, BAT-26, NR-21, NR-22, and MONO-27) in the MSI by PCR panel used as the gold standard showed 100% concordance with loss of MMR protein expression as determined by immunohistochemistry (IHC). This comparison suggested that strong bias existed in the NGS MSI assay results that was not present in the MSI by PCR results.28 In general, most NGS assays have not evaluated population biases of the loci they interrogate across race and ethnicities, therefore the clinical performance of these analyses across different patient populations has yet to be established. Thorough population studies to define differences in allelic profiles and frequencies at novel microsatellite loci are needed to fully appreciate the impact of adopting new markers for MSI biomarker testing on racial and ethnically diverse populations.

Due to the limited knowledge of allelic frequencies in diverse populations, MSI assays should always use matched normal/tumor DNA pairs for MSI status determination and clinical decision-making whenever feasible. Some MSI markers, which have more variant alleles in non-Caucasian racial backgrounds, may require matched normal tissue samples for accurate MSI analysis.15,16 Utilization of MSI markers and testing practices that do not account for allelic variations may compound existing health disparities by making certain ethnic and racial populations vulnerable to misinterpretations in MSI status, which could result in misdiagnosis and mistreatment.31

Explore the importance of MSI status, methods of detection and more at our MSI Resource Center 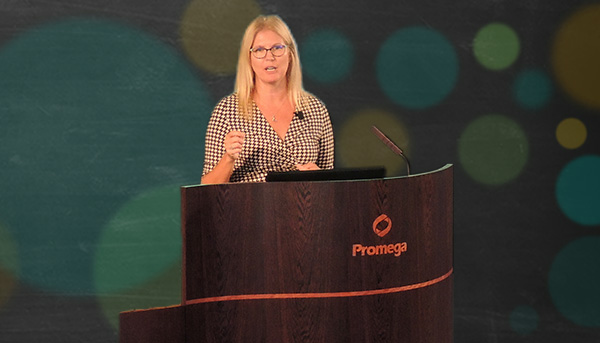 The Value of Screening Every Tumor for Microsatellite Instability

Learn more about the importance of universal screening of all tumors and Lynch-associated cancers. 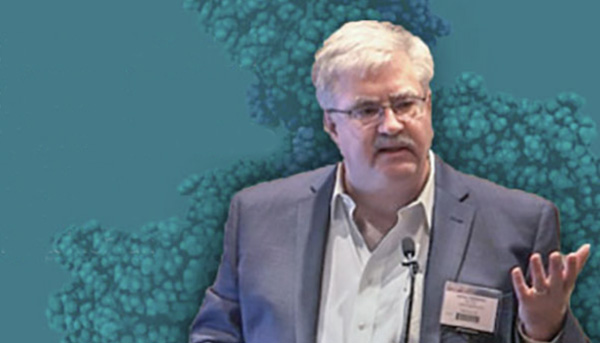 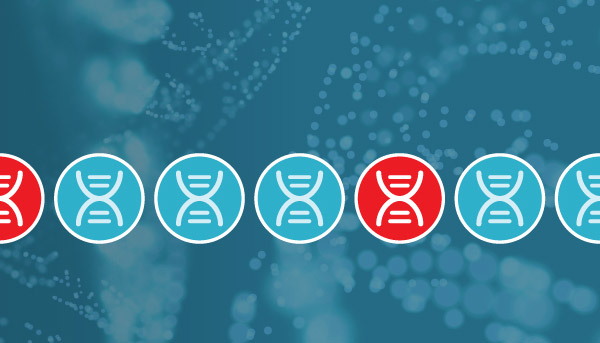 This article offers more information about Lynch syndrome and features a video about this inherited condition and how MSI testing can play an important role in its identification.