Shorten the Ligation Time for the pGEM®-T Vector Systems

The pGEM®-T Vector Systems are convenient for cloning PCR products. To increase convenience, we tested conditions for shortening the ligation time. A 15-minute ligation gave ~50% transformants by blue/white selection with further improvements when BSA was added.

With advances in cloning technologies, a researcher can easily and quickly create plasmids containing open reading frames (ORFs), genes or DNA segments for downstream assays, such as protein expression and sequencing. Many modern PCR techniques rely upon thermostable Taq DNA polymerase. Taq polymerase lacks 3´ to 5´ exonuclease (proofreading) activity; this results in amplified sequences with a deoxyadenosine overhang on the 3´ end. To exploit this feature, linearized plasmids called T vectors have been created with terminal 3´ thymidine residues on either end. These vectors are optimized for base pairing with the deoxyadenosine overhangs on PCR products from nonproofreading polymerases.

Promega offers several T-vector cloning solutions including the pGEM®-T (Cat.# A3600) and pGEM®-T Easy (Cat.# A1360) Vector Systems. Unlike cloning systems that use topoisomerases for expedited ligation, the pGEM®-T and pGEM®-T Easy Vectors require no enzyme modification. Instead, a proprietary 2X Rapid Ligation Buffer is included with both systems. The use of the 2X Rapid Ligation Buffer reduces the ligation incubation time from overnight to 1 hour. Here we test the ability to shorten the ligation time even further.

The recommended ligation time in the pGEM®-T and pGEM®-T Easy Vector Systems Technical Manual #TM042 is 1 hour at room temperature. Using the Control Insert DNA, we tested shorter ligation incubation times (Table 1). Using a 15-minute incubation time, 48% of transformants were obtained as determined by blue/white screening. The total number of colonies was reduced with shortened ligation times, but the numbers were sufficient for insert screening. The ability to obtain transformants after a shortened ligation time is consistent with a previous study(1). 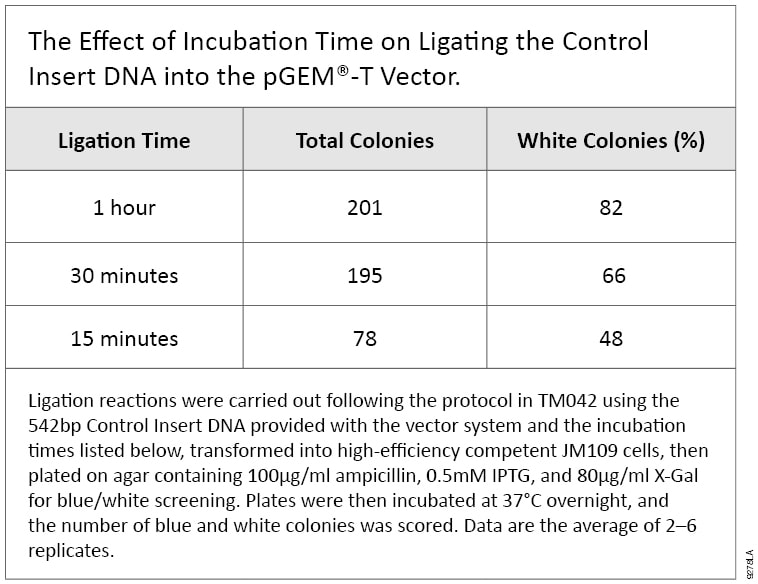 Table 1. The Effect of Incubation Time on Ligating the Control Insert DNA into the pGEM®-T Vector.

We then investigated using the 15-minute incubation time for ligation with longer sequences. A 1.1kb fragment of IL1-ß was amplified from Mouse Genomic DNA (Cat.# G3091), and a 3.0kb fragment of the APC gene was amplified from Human Genomic DNA (Cat.# G3041) using GoTaq® DNA Polymerase. PCR products were cleaned up using the Wizard® SV Gel and PCR Clean-Up System (Cat.#A9281) then ligated into the pGEM®-T Vector. After a 15-minute ligation incubation, these larger inserts gave >100 white colonies for screening (Table 2). 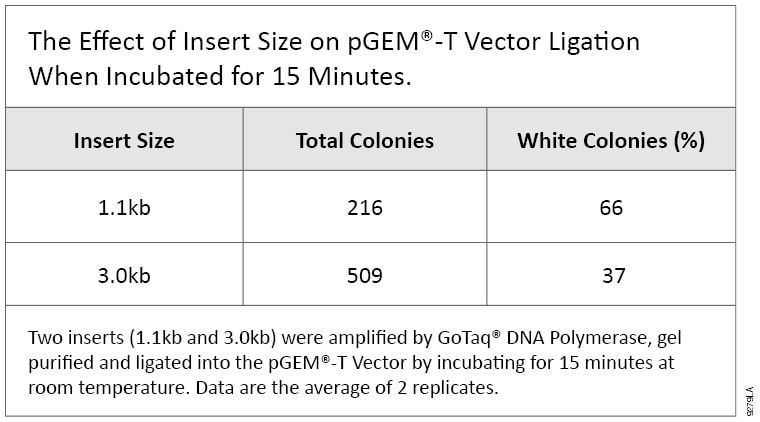 Table 2. The Effect of Insert Size on pGEM®-T Vector Ligation.

Acetylated BSA is reported to confer stability to T4 DNA ligase(2). The activity of the enzyme increases substantially with temperature, resulting in decreased stability and hindered catalytic efficiency. BSA helps to sequester and stabilize the enzyme, as well as inhibit nonspecitic binding to reaction tubes, allowing for a substantial increase in enzyme stability and resulting in increased catalytic efficiency with a constant amount of substrate.

We tested the ability of BSA to improve results for the 15-minute ligation reaction. One microliter of 10mg/ml acetylated BSA (Cat.# R3961) was substituted for 1µl of water in each ligation. This is the same high-quality BSA preparation included with Promega restriction enzymes. The addition of BSA to the 15-minute ligation reaction increased the number of white colonies for all insert sizes tested
(Table 3). BSA did not significantly enhance the ligation of the control insert (0.5kb) at 1 hour and only had a modest effect at 30 minutes (data not shown). 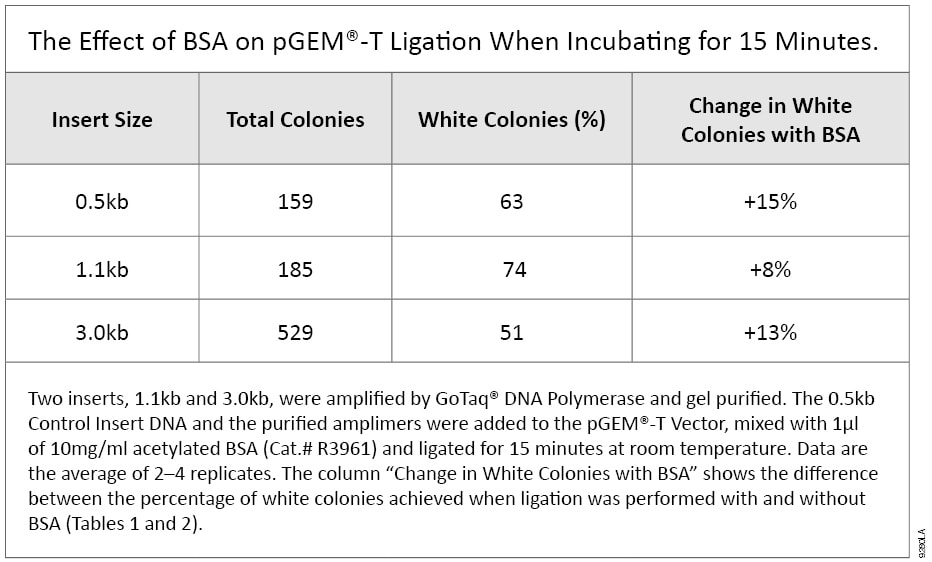 Table 3. The Effect of BSA on pGEM®-T Ligation When Incubating for 15 Minutes.

This study showed that the incubation time for pGEM®-T Vector ligations can be shortened to 15 minutes at room temperature. To increase the number of recombinants obtained, we recommend adding high-quality BSA to a final concentration of 1µg/µl in the reaction.

The pGEM®-T Easy Vector System protocol uses the 2X Rapid Ligation Buffer. Use the appropriate volume when setting up the ligation reaction.
(from #TM042)

pGEM is a registered trademark of Promega Corporation.