Promega Corporation today launched its OncoMate™ MSI Dx Analysis System (OncoMate™ MSI) in vitro diagnostic (IVD) in the US, giving oncologists and pathologists a new option to screen for Lynch syndrome in patients with colorectal cancer. OncoMate™ MSI was cleared by the US Food and Drug Administration (FDA) last month as an IVD medical device to determine microsatellite instability (MSI) status in colorectal cancer tumors.

OncoMate™ MSI is based on Promega technology that has been a gold standard around the world for the last 15 years for studying MSI status in solid tumors. It is the industry's first and only PCR-based diagnostic kit for MSI characterization that is FDA-cleared for use in labs in the US.

DNA is constantly copying itself. MSI is a form of genomic instability caused when too many or too few repeating bases, called microsatellites, occur during DNA replication and the body’s mismatch repair system fails to correct these errors. MSI status is used to screen for Lynch syndrome.

Lynch syndrome is an inherited condition that increases the risk of developing colorectal and other cancers. It is the most common inherited cause of colorectal cancer. An estimated 1 in 279 people have Lynch syndrome but 95% do not know they have it. High-frequency MSI (MSI-H) is an indication that patients should be referred for further genetic testing for Lynch syndrome. This information is crucial not only for the patient, but for family members as well.

Promega OncoMate™ MSI is based on the company’s “for research use only” technology, the first commercially manufactured kit to detect MSI status and the leading standard test for MSI status detection in research laboratories worldwide. Promega MSI technology has been used extensively in clinical research for more than 15 years and is supported by over 140 peer-reviewed publications.

The Promega five MSI loci are often the comparative benchmark used by other companies and organizations for determining MSI status, and are referenced and recommended in guidelines by multiple societies, including the National Cancer Institute – Revised Bethesda Guidelines for Hereditary Nonpolyposis Colorectal Cancer (Lynch syndrome) and Microsatellite Instability – and the National Comprehensive Cancer Network® (NCCN®).

Besides US FDA clearance, OncoMate™ MSI is also a CE-marked IVD medical device in the United Kingdom and select European countries. Promega intends to seek regulatory clearance for a Promega MSI IVD in China where the Promega MSI technology received innovation status and priority review by the National Medical Products Administration (NMPA).

Promega Corporation is a leader in providing innovative solutions and technical support to the life sciences industry. The company’s product portfolio of over 4,000 products support a range of life science work across areas such as cell biology; DNA, RNA and protein analysis; drug development; human identification and molecular diagnostics. For over 40 years these tools and technologies have grown in their application and are used today by scientists and technicians in labs for academic and government research, forensics, pharmaceuticals, clinical diagnostics and agricultural and environmental testing. Promega is headquartered in Madison, WI, USA with branches in 16 countries and over 50 global distributors. 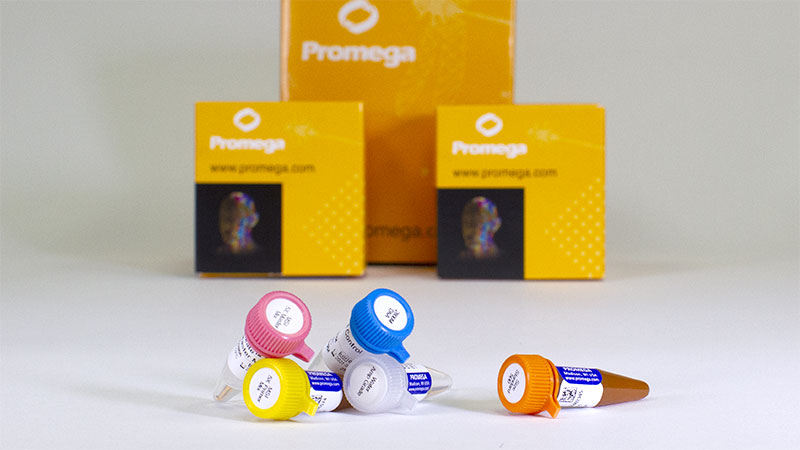