Of the techniques we tested, we found that the mouse liver and brain protocol from the Promega Wizard® Genomic DNA purification Kit (Cat.# A1120), with minor modification, was best suited for preparing genomic DNA template from copepod crustaceans for nuclear 18S rRNA gene amplification and sequence analysis.

Increasing interest in biodiversity has resulted in the need for a rapid method to obtain high-quality nucleic acid templates for PCR amplification. Census of zooplankton diversity is an important subject to clarify productivity in marine ecosystems (1)(2). We show that the Promega Wizard® Genomic DNA Purification Kit (Cat.# A1120) is well suited for preparing genomic DNA template from copepod crustaceans (Figure 1) for nuclear 18S rRNA gene amplification and sequence analysis. 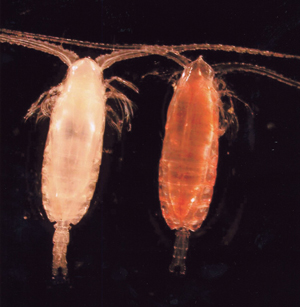 Ethanol-preserved copepods were rehydrated in distilled water for 10–12 hours. Rehydrated individual copepods were used for DNA extraction. In the case of the mouse liver and brain protocol (Protocol A), the sample was homogenized with a grinder in 600μl of the chilled Nuclei Lysis Solution and incubated at 65°C for 30 minutes. Using the mouse tail protocol (Protocol B), the sample was homogenized with a grinder in 600μl of EDTA/Nuclei Lysis Solution (120μl of a 0.5M EDTA solution (pH 8.0) to 500µl of Nuclei Lysis Solution), then treated with Proteinase K solution overnight at 55°C. In both protocols, the Nuclei Lysis Solution-treated copepod samples were further treated with RNase Solution for 30 minutes at 37°C and then purified according to the Wizard® Genomic DNA Purification Kit Technical Manual, #TM050.

Sufficient amounts of high molecular weight genomic DNA was obtained from the animal tissue protocols of Wizard® Genomic DNA Purification Kit (Figure 2, Panel A; lanes 6–8) and standard phenol/chloroform extraction (3). However, we observed no nuclear 18S rRNA gene amplification products from the genomic DNA template extracted by using the standard phenol/chloroform method (Figure 2, Panel B; lane 1). In contrast, the genomic DNA extracted using the Wizard® Genomic DNA Purification Kit resulted in reproducible amplification of the nuclear 18S rRNA gene (Figure 1, Panel B; lanes 2 and 3). We chose the mouse liver and brain protocol (Protocol A) because there are fewer DNA extraction steps; the protocol used less reagents, and the overall time was shorter than the mouse tail protocol. 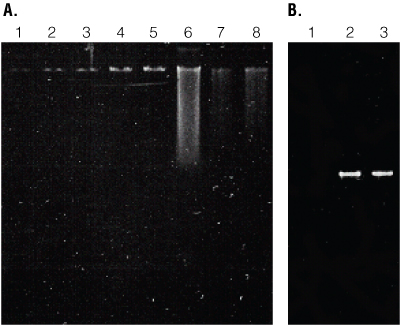 Figure 2. Isolation and amplification of genomic DNA from Copepods.

Molecular phylogenetic data of Neocalanus copepods are available in the 10th issue, volume 26, of Journal of Plankton Research (2).

Wizard is a registered trademark of Promega Corporation.