Chaotropic reagents are used routinely in mass spectrometry analysis to denature and solubilize proteins, exposing more of the protein structure and making it accessible to trypsin digestion. However, at concentrations needed for denaturation, these reagents inhibit trypsin activity. Dilution is typically used to decrease the concentration of chaotropic reagents before adding trypsin, but lowering the concentration of these reagents allows the protein to refold. The authors compare ProteaseMAX™ Surfactant, Trypsin Enhancer and an Invitrogen reagent for their use as mass spectrometry-compatible surfactants.

In preparation for mass spectrometry analysis, additives such as chaotropic agents often are used. These compounds denature and solubilize proteins, rendering more of their structure accessible to trypsin, the most commonly used proteolytic enzyme. Urea and guanidine hydrochloride are the traditional chaotropic agents used. At the high concentration required for efficient denaturation, however, urea and guanidine also inhibit trypsin activity(1).

The concentration of chaotropic reagents is, therefore, commonly reduced before the addition of trypsin. However, this routine procedure is inadequate, because dilution of the aforementioned reagents permits the proteins to refold and hydrophobic proteins to aggregate.

The main obstacle for mass spectrometry analysis is maintaining the protein in a denatured state throughout the digestion and separation process. While this can be achieved through common detergents, such as sodium dodecyl sulfate (SDS) and Triton®-X, these detergents are not suitable for mass spectrometry analysis, because they can decrease protease activity, suppress peptide ionization and interfere with chromatographic separation(0)(3). To avoid these drawbacks, sample preparations with detergents require additional detergent removal manipulations, which potentially can lead to significant sample loss.

The main obstacle for mass spectrometry analysis is maintaining the protein in a denatured state throughout the digestion and separation process.

To alleviate the risk of sample loss, many mass spectrometry-compatible surfactants have been developed and are now commercially available. In this article, we compare two of these surfactants,  Invitrosol™ (Invitrogen) and ProteaseMAX™ Surfactant, Trypsin Enhancer (Promega) for their ability to increase proteomic coverage of rat brain homogenate with MudPIT (Multidimensional Protein Identification Technology).

One hundred micrograms of rat brain homogenate in 0.32M sucrose and 4mM HEPES (pH 7.5) was centrifuged at 17,000 x g at 4°C for 15 minutes. After the supernatant was removed, the pellet was solubilized either in 100µl of Invitrosol™ with 8M urea or in 50µl of 0.2% ProteaseMAX™ Surfactant, Trypsin Enhancer (Cat.# V2071) and 50µl of 8M urea. Four membrane pellets were solubilized with each reagent. Tris(2-Carboxyethyl) phosphine hydrochloride (TCEP) was added to solution at a final concentration of 5mM to reduce the disulfide bonds. The samples then were incubated at 60°C for 10 minutes followed by vortexing for one hour. The samples were incubated at 60°C for 10 minutes, then sonicated for one hour. Iodoacetamide was added to the samples at a final concentration of 10mM for protein alkylation, and the samples were incubated at room temperature in the dark for 20 minutes. The volume of the samples was increased to 250µl with 100mM Tris (pH 8.0), 2mM calcium chloride for the Invitrosol™ reagent and with 50mM ammonium bicarbonate for the ProteaseMAX™ Surfactant samples.

On the day of analysis, samples were thawed at room temperature, and formic acid was added to a final concentration of 5%. The samples were centrifuged at 17,000 x g at room temperature for 30 minutes. The supernatant was placed in a new tube. MudPIT analysis was performed as previously described(4). Briefly, the samples were pressure loaded on a 250µm i.d. capillary with a Kasil frit containing 2.5cm of strong cation exchange (SCX) 5µm resin and 2.5cm of 10µm reverse phase (RP) resin. After sample loading, the column was desalted with buffer containing 95% water, 5% acetonitrile and 0.1% formic acid. After desalting, a 100µm i.d. capillary with a 5µm pulled tip packed with 15cm of 4µm RP resin was attached to the desalting column with a union. The entire split-column (desalting column–union–analytical column) was placed inline with an Agilent 1100 quaternary HPLC and analyzed using a modified 12-step separation described previously(4). As peptides eluted from the capillary column, they were electrosprayed directly into an LTQ 2-dimensional ion trap mass spectrometer (ThermoFisher, San Jose, CA) with the application of a distal 2.4 kV spray voltage. A cycle of one full-scan mass spectrum (400–1,400 m/z) followed by 6 data-dependent tandem mass spectra was repeated continuously throughout each step of the multidimensional separations.

All tandem mass spectra were collected using normalized collision energy (a setting of 35%), an isolation window of 3 m/z, and 1 µscan. 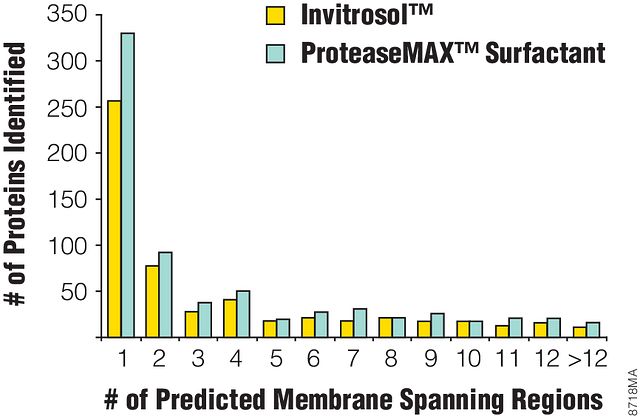 Figure 2. Comparison of the number of integral membrane proteins identified with each sample preparation.

The number of identified proteins with a predicted membrane-spanning region was determined by TMHMM.

Watch this video to see how you can improve in-gel protein digestion with ProteaseMAX™ Surfactant.