In September 2009 Promega launched the PowerPlex® ESX and ESI Systems to meet the needs of the next-generation European STR genotyping systems (1) . These systems include five new loci (D1S1656, D2S441, D10S1248, D12S391 and D22S1045) recommended by the European Network of Forensic Science Institutes (ENFSI) and European DNA Profiling Group (EDNAP) for expanding the European Standard Set (ESS) loci (2) (3) . Both systems are available with or without primers to amplify the SE33 locus. The PowerPlex® ESX Systems are configured with the new ENFSI/EDNAP loci D10S1248, D22S1045 and D2S441 as miniSTRs (<125 bases) and D12S391 and D1S1656 as midiSTRs (125–185 bases) (4) . The PowerPlex® ESI Systems are configured with the other ESS loci as small as feasible while providing the new ENFSI/EDNAP loci as larger amplicons (5) .

Initial population studies performed in collaboration with the National Institutes of Standards and Technology (NIST) Forensic/Human Identity Project Team did not reveal any significant discordance between the PowerPlex® ESX and ESI Systems or with shared loci in other commercial kits (6) . Since this initial publication, there have been several reports of X.1 or X.3 alleles at the SE33 locus (where X represents an integer) instead of X or X.2, respectively, when using the PowerPlex® ESI 17 System (7) . In contrast, when these same DNA samples were genotyped with the PowerPlex® ESX 17 System, the correct allele call was made. To alleviate this discordance we developed a new SE33 primer set for inclusion in the PowerPlex® ESI 17 Pro System (Cat.# DC7780, DC7781).

X.1 and X.3 Single Nucleotide Polymorphisms in the SE33 Locus

During the initial concordance study performed with the PowerPlex® ESX and ESI Systems, none of the 1,455 samples used for concordance testing revealed any examples of a migration shift in an SE33 allele that would result in an X allele being called X.1 or an X.2 allele being called X.3 (6) . Since then, there have been several reports of a discordance when using the PowerPlex® ESI 17 System compared to the PowerPlex® ESX 17 System, PowerPlex® ES System, AmpFlSTR® SEfiler Plus™ Kit and AmpFlSTR® NGM SElect™ Kit (7) . The PowerPlex® ES System and AmpFlSTR® SEfiler Plus™Kit both use the Polymeropoulos primers (8) , which are the basis of most of the existing SE33 profiles generated in countries using this locus. This mutation appeared to be prevalent in individuals of West African origin, such as the US African-American population. Repeat genotyping of the original concordance study samples revealed nine samples of the original 448 US African-American samples that showed this type of mutation. These samples were improperly genotyped in the original study due to poor resolution on the capillary electrophoresis instrument. Analysis of another 46 US African-American samples revealed a further three discordant samples, for a total incidence of 2.43% in this population group. Analysis of GT37190 DNA (one of the original 448 US African-American samples obtained from NIST) with PowerPlex® ESX 17 and PowerPlex® ESI 17 Systems showed the migration difference that was observed (Figure 1).

The red dye channel encompassing the SE33 locus range for both PowerPlex® ESI 17 (Panel A) and ESX 17 (Panel B) amplifications of DNA sample GT37190 are shown. The 23.2 allele that runs off-ladder in PowerPlex® ESI 17 is indicated by a red arrow. Distances between alleles in both multiplexes are indicated. Peak labels show the allele call (top) and size in bases (bottom). The off-ladder peak seen with PowerPlex® ESI 17 is 0.94 bases larger than the corresponding position in the allelic ladder and hence falls outside of ±0.5-base binning window. This allele is correctly called as 23.2 with the PowerPlex® ESX 17 System.

The size of the affected allele ranged from 0.59 to 0.94 bases larger than the corresponding allele in the PowerPlex® ESI 17 Allelic Ladder, resulting in either an off-ladder allele call or an X.3 allele call if a virtual bin existed for that position in the ladder. The alleles affected in the twelve DNA samples mentioned were 12.2, 13.2, 15.2, 16.2, 23.2 and 25.2. We obtained two additional DNA samples from laboratories in Europe and identified a G to A transition located 68 bases downstream of the repeat (Figure 2). This matched the mutation found in 11 of the 12 samples identified at NIST. Other mutations that exerted the same effect are 60 bases (C to T) and 61 bases (G to A) downstream of the repeat. A closer analysis of the DNA sequence near these single nucleotide polymorphisms (SNPs) reveals the potential for a stem-loop structure, which would be destabilized by any of the three mutations identified. The existence of this stem-loop structure was demonstrated recently (9) . It is possible that this potential stem-loop structure and the predicted effect of the identified mutations could be responsible for the observed shift in migration, given the known effect of secondary structure on migration during capillary electrophoresis (10) .

The SE33 locus is shown with the location of the Polymeropoulos primers indicated in red. These are found in both the PowerPlex® ES System and AmpFlSTR® SEfiler Plus™ Kit. The repeat structure is in black and bold with the underlined portion representing the region used for determining allele number (sequence shown here is a 25.2 allele). Underlined sequences in red are bases whose mutation (G to A or C to T) at that position results in a shift in migration on the capillary relative to the allelic ladder of almost +1 base. Sequence in bold in larger font with inverted arrows represents a region of self-complementarity that is capable of forming a stem-loop structure in single-stranded DNA with a 5-base-pair stem and a 3-base loop. 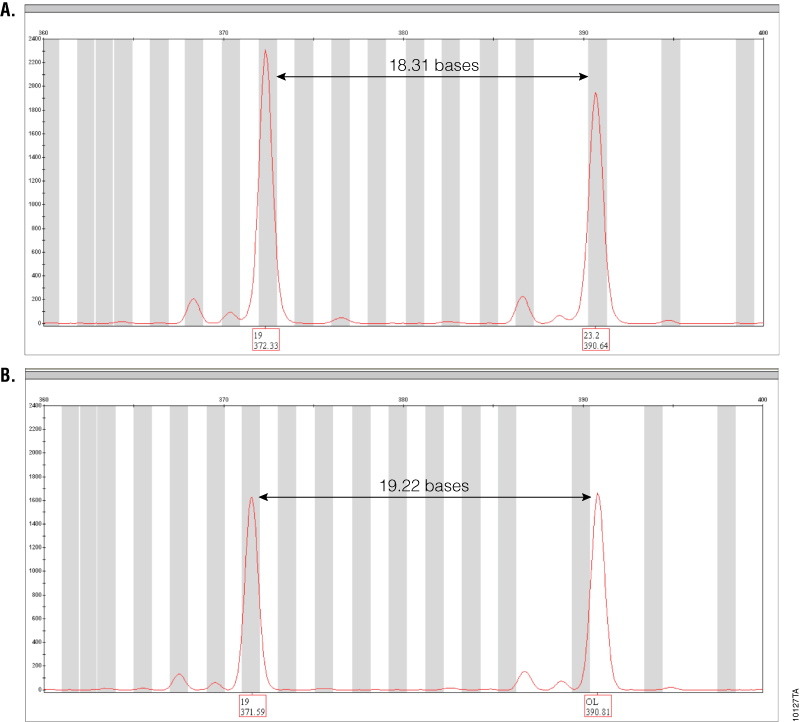 Figure 4. Amplification of a casework sample with PowerPlex® ESI 17 and ESI 17 Pro Systems.

Results are shown for a casework sample (taped glove) that was previously shown to exhibit an off-ladder peak at approximately 121.5 bases in D8S1179 with PowerPlex® ESI 17 (indicated by arrow in Panel B). Amplification with PowerPlex® ESI 17 Pro (Panel A) eliminates this peak. Peaks above 50RFU are labeled and show allele call (top) and size in bases (bottom). Peaks present below 50RFU are not labeled. Variation in peak heights is due to the low-level nature of the DNA sample.

The new PowerPlex® ESI 17 Pro System incorporates changes to the SE33 primer pair based on the PowerPlex® ESX SE33 primer sequences. This change allows robust amplification of DNA samples containing the X.1 or X.3 SNP and generated amplicons that are not affected by the migration shift caused by these mutations. As the 3′ ends of these new primers have the exact same sequence as primers found in the PowerPlex® ESX 17 System, we expected minimal, if any, effect on concordance at the SE33 locus, given the high level of concordance between this primer set and the Polymeropoulos primers (6) . Finally, the changes to this primer pair eliminated nonspecific amplification seen in some casework samples with the PowerPlex® ESI 17 System. Therefore, the new PowerPlex® ESI 17 Pro System should allow easier data interpretation for casework samples, with minimal potential for discordance at SE33.

* This work was funded in part by the National Institute of Justice (NIJ) through an interagency agreement 2008-DN-R-121 with the NIST Office of Law Enforcement Standards. Points of view in this document are those of the authors and do not necessarily represent the official position or policies of the U.S. Department of Justice. Certain commercial equipment, instruments and materials are identified in order to specify experimental procedures as completely as possible. In no case does such identification imply a recommendation or endorsement by the National Institute of Standards and Technology nor does it imply that any of the materials, instruments or equipment identified are necessarily the best available for the purpose.